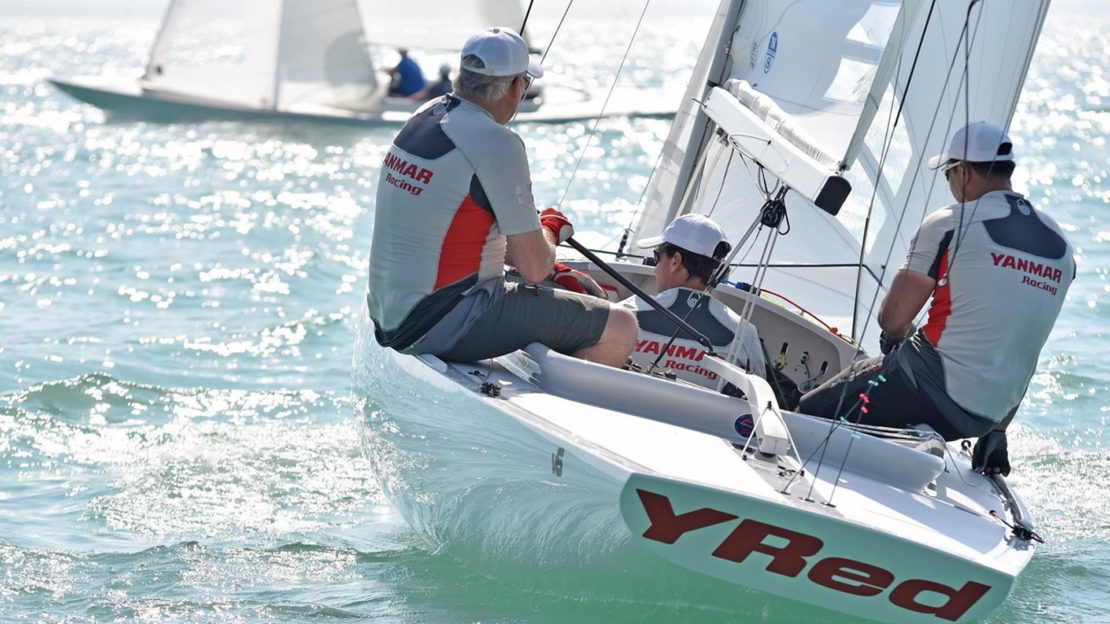 Yanmar energetic support for various marine sports is inspired by its close involvement in the sea. The company is keen to see its corporate vision, A SUSTAINABLE FUTURE, and promote “a society that offers an exciting life filled with rich and fulfilling experiences” as an ideal society we aspire under its vision. One fine example is the company’s sailing team, YANMAR Racing. Yanmar team has competed in prestigious races around the world. In 2018 YANMAR Racing began participating in International Dragon Class races, which are held in all regions of the world. YANMAR Racing won acclaim with its 4th place finish at a prestigious Dragon Class event, the 2019 International Dragon Association World Championship held in January in Fremantle, Australia.

What Is Dragon Class?

It is a sailing competition that has a history going back 90 years. From 1948 until 1972 it maintained its own traditions as an Olympic sailing competition. Today, there are registered Dragon Class National Associations in more than 30 countries, attracting the avid enthusiasm of many fans throughout the world.

Under Dragon Class rules, the “international one design class”, which is a unified standard, governs the total yacht length (8.9 meters), sail area, mast height, and even the total weight of the crew. Success depends not so much on vessel performance or the physical strength of its sailors but on experience and sailing skill. Annual rankings are determined by the number of points gained during races in various areas of the world. Illustrious sailors with experience in the Olympics, America’s Cup and other contests battle it out, happy to have achieved their dream of testing their sailing skills in a Dragon Class race.

The three-man YANMAR Racing team benefits from plenty of experience and the youth of its members. The skipper is veteran sailor Peter Gilmore, who has attained global fame at races that include America’s Cup and the World Match Racing Tour. Peter’s 25-year-old son Sam Gilmore, a rising star, brings experience from his ongoing participation in the tour. The team’s director is Yasuhiro Yaji, a combatant with many years of experience in world-class yacht races. Yaji has joined forces with Peter Gilmore during the last two decades for America’s Cup, the World Match Racing Tour and other races.

YANMAR Racing team began by participating in the world-class sailing race in Australia in January, and plans to compete in other five such events during 2019 while aiming to improve its annual ranking on the world stage.

Guided by “A SUSTAINABLE FUTURE” as our vision, Yanmar strives for the achievement of a world that benefits from the bounty of beautiful seas, enjoyed sustainably for all time. Through our support for marine sports we will continue helping to realize exciting society by sharing the wonders and enjoyment of the sea with many people in the world.